General:
• Added a system which allow players to see if an enemy currently has a charge card active by adding an icon above the enemies' health bar.
• PC: Made it so that combat roll triggers on press, and not on release.
• PC: Pressing enter will now open the chat channel.
• Vehicles: Resolved an issue which would make players invincible after attempting to enter a vehicle.
• Vehicles: A timer has been added to Imperials exiting vehicles. Before they could instantly leave certain vehicles.
• Vehicles: Increased the time to enter a speeder bike from 0.3 to 0.5s.
• Combat Roll: Performing a melee attack at the same time as a combat roll will no longer break the animation.
• Combat Roll: Resolved an issue in which players couldn't see another player performing a combat roll.
• Combat Roll: There's now a 1.5s cooldown.
• Deluxe Edition: Resolved an issue in which the upgraded version of Ion Torpedo was awarded instead of the regular version.
• General: Various tweaks to the auto balance and matchmaking systems.
• General: Updated various error messages used in game.
• General: Updated the localization to resolve various text bugs.
• General: Resolved various clipping issues.

Stability:
• Disconnect: Fixed an issue in which players were getting disconnected after observing another players profile in the social hub while playing In game.
• Disconnect: Pressing the up arrow in the private match lobby would cause players to disconnect to the menu if they hadn't visited the game modes screen.
• Crash: The player will no longer crash when observing the Shadow Trooper diorama figurine.
• Crash: Resolved a rare crash issue which could occur if a player joined another server while waiting in the in-game lobby.
• Crash: Resolved a crash issue which could occur when reaching max rank and getting to the End of Round screen.

User Interface:
• UI: The issue with score and credits being displayed as 0 = 0, has been resolved. Now the correct amount of score and credits obtained will now be displayed in the End of Round flow.
• UI: Resolved an issue which would occur when a player is Rank 60, but the End of Round flow would display the rank as 59.This also resolves other various desync issues with stats.
• UI: Soldiers heads aren't obstructed anymore in the appearance menu by the unlock price.
• UI: Removed a blur effect that was present over the soldier in the deployment screen on certain levels.
• UI: The kill card will now show which trait card the enemy currently has equipped.

Game Modes:
• Outer Rim: Increased the frequency of Extraction being played in the Outer Rim playlist from 50% to 75%. Two rounds of Extraction will now be played every other round.
• Hero Hunt: Resolved the issues which allowed there to be two heroes at the same time.
• Hero Hunt: Resolved a rare issue in which the interface would not appear after spawning in as a Hero in Hero Hunt.
• Hero Hunt: Removed the hero selection wheel. Now only showing the score and appointing the top damage dealer to become the next hero.
• Heroes Vs Villains: Decreased rounds required to win from 5 to 3 rounds if played in the Outer Rim playlist
• Heroes Vs Villains: Decreased time until first round starts from 60 to 30 seconds
• Heroes Vs Villains: Decreased time between round end and next one begins from 30 to 10 seconds
• Fighter Squadron: Resolved an issue in which you could spawn in to a different vehicle type in Fighter Squadron if you deploy in exactly at the same moment as another player does it on the opposite team.
• Cargo: Decreased time limit from 15 to 10 minutes if played in the Outer Rim playlist
• Power-ups: Fixed various issues with Power-ups being unreachable or blocked by the Environment.
• Spawns: Fixed player spawns across all modes on Ice Caves & Swamp Crash Site.
• Walker Assault: AT-AT health tweaks
- Sullust 31000 to 35000 = +12% Increase
- Jakku 35000 to 50000 = +30% Increase
- Hoth 30000 to 40000 = +30% Increase
- Endor 60000 to 80000 = +30% Increase
- Tatooine 33000 to 40000 = +20% Increase

Stats and Progression:
• Stats: Resolved an issue in which players didn't get any stats after completing rounds of Hero Hunt in certain instances.
• Stats: Players should be able to observe all unlocked diorama figurines correctly when looking at another players profile in the social hub. Before only multiplayer based figurines would appear unlocked.
• Hutt Contracts: Some descriptions and criteria have been made clearer.
• Hutt Contracts: Updated the Criteria for DT-12, Relby-V10, and Scatter Gun to not require 15 kills in a round but rather 15 kills in total.
• Hutt Contracts: Unlocks obtained during a game round will now become instantly available and will not require the player to leave the server to access them.
• Diorama: Greedo Diorama criteria has been updated and now requires 7 unlocks. All players who have completed the 7 criteria pre-patch will have the diorama figurine automatically unlock next time they play and finish a round of multiplayer.
• Accomplishments: Changed the required amount of kills for the various weapon related accomplishment streaks from 10 kills to 7 kills.
• Scoring: Changed the term "Killstreak bonus" to "Combat Streak"
• Scoring: Increased various objective based scoring events and decreased various combat oriented scoring events. 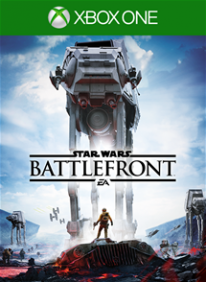 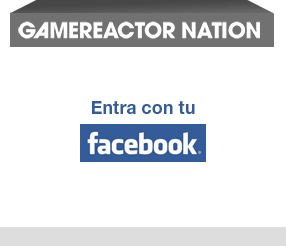